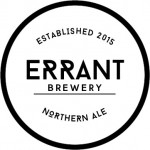 The brewery operated out of an Arch near the Forth banks good yard, despite its erratic opening it was a seemingly popular spot.

Their beers were also readily and widely available across many bars across the North East.

I only realised the brewery had closed after a prolonged period of inactivity on their social media and after a look at companies house it looks as though it wound up in August 2021.

It’s a shame when a brewery closes, particularly one that was held in such high regard, I just hope that the owners can make a comeback in the future.