Irish Bar To Open In The Bigg Market 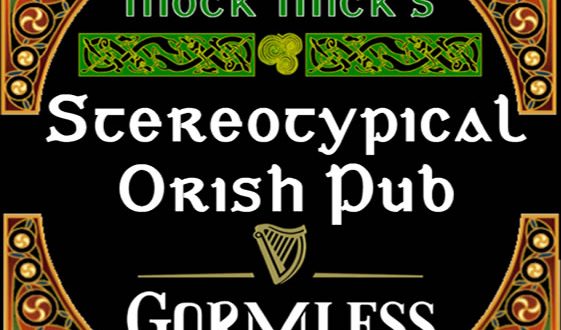 As an Irish lad there’s nothing I like more than sitting in a bar inspired by the motherland, £6.50 pints of Guinness, a fiddle de dee band, tourists shouting “por-tay-to”, Draconian opening times, surly bouncers, questionable beer, potato based dishes and Bushmills mirrors.

I get dewy eyed with the Mountains of Mourne rising in my throat.

But then I catch myself on and realise it’s not nostalgia but PTSD that’s making me sob uncontrollably into my pint of Harp.

In my time in Newcastle I have seen O’Neills, Scruffy Murphy’s, Callaghan’s and the Stout Fiddler- to name but a few- come and go.

The gaping hole of twee that no one missed, is being filled with not just an Irish bar , but a New York style Irish bar.

Thankfully the company responsible have a long history of making me scratch my head, the Five Points (‘why’s this bar layed out like this?’) Filthy Mcnastys (looks like the interior of  St Oswald’s charity shop) and Shebeen ( made from doors, uncomfortable seating but not too bad)

Filthys also run a number of bars already in the Bigg Market, and this will be replacing some bar I can’t even remember the name of.

You can read the gushing press release here.