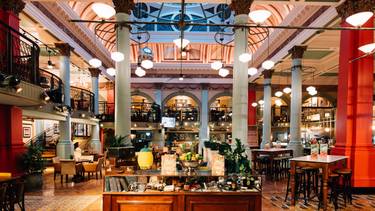 Hot on the heels of yesterdays Wetherspoons news , it looks like there was method to their madness

I’m not going to call it by its new name , everyone still calls it Vaudeville, has been bought for 4 million quid by Wetherspoons- If you won’t give them a license they will just buy them.

Wetherspoons say they have no plans to rebrand or change vaudevilles, and that the current owners still have 23 years left on their lease.