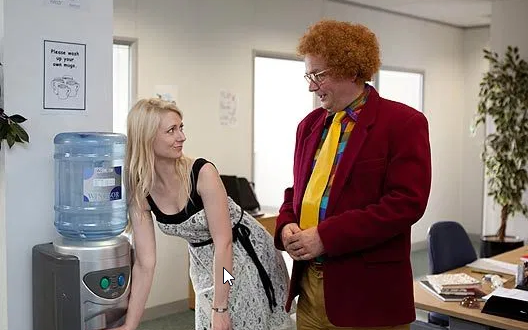 For me, nothing says ‘The Magic of Christmas’ more than having to spend your free time with the cunts you work with, making small talk with a manager  add in the hearty microwave italian and standing 15 deep at bar . It’s truly magical.

Meet
John, Matt, Adele, Sophy and Doris will all meet in The Mile Castle at 17:30

Actually, no, the deputy team leader- Adele-can’t make it, can she meet us at The Vineyard at 18:30?

Eat
Some italian on the Quayside that has a happy hour

Dan-  Office Junior-  arrives first, spends 20 minutes search the 3 floored pub looking for his colleagues. He recognises the Team Manager- John- from his superdry jacket.  Awkward chit-chat ensues about work and only work

Much to Dans relief, Sophy – Junior Analyst  who’s only working here as a stop gap- arrives. John has a bit of a thing for her, so Dan gets ignored while John tries his best and Sophy politely laughs.

Doris arrives, turned out like she’s off to a royal wedding in the late seventies.

Doris orders a cocktail that takes 15 minutes to make and everyone has to chuck it down their necks in 2 minutes, because happy hour at the italian only lasts until 7pm

The Rose and Crown

Nobody knows why they are here, the local ‘character’ Billy Brickhead introduces himself, he has more kids than teeth and has an edge to him which makes everyone feel a little uncomfortable. The give him £2 to play on the Bandit and make good on their escape.

High-tailed it here, but worked out well  because they fancied a bit of a laugh; Music at torturous levels, John splashes the cash on some fosters, Billy Brickhead is seen trying to get into the pub, the team leave while Billy is distracted by a tab end in the gutter.

The old lad -Dave- just wants a decent pint and to talk about the Toons recent bad form. Dave suggests going to The Crown Posoda. Doris –  the 60 year old deputy of the deputy – says it’s an old man pub and they end up in the Akenside Traders.

Doris and Adele want some Prosecco and a dance. The socially awkward Dan, hangs around trying to ingratiate himself with the management team. Dan is dying inside and is reconsidering the value of his Psychology degree..

Sophy isn’t answering her phone or text messages, so Doris and Adele decide to rescue her from the Akenside Traders. Dave tries telling them that Sophy has gone home but Doris doesn’t believe him because he put a stamp on an envelope the wrong way round back in ‘88.

Sophy is nowhere to be found. Dave disappears off to the Posoda for a pint, while Doris is busy shouting at the bouncer for not finding Sophy.

Doris and Adele still want to have fun, they get John and Matt on the Dancefloor, oh how hilarious it all is, but it’s near closing time.

As John leaves for his taxis, he jokingly ( not really) says he doesn’t want people calling in sick tomorrow or being hung over… oh how they laughed.

Doris and Adele love the gays, but then spend the entire night calling them puffs. Matt feels awkward, he hasn’t buggered off home because he lives miles away and had promised to share a taxi with Doris.

At kicking out time Adele is incredibly drunk, intermittently muttering, crying and threaten to ‘Stove’ some lasses head in who happened to be at the cashpoint on the other side of the street, and may or may not have looked at her ‘wrong’.

Billy Brickhead is at the taxi rank trying to cadge-a-tab because he was banged up last night and the polis took all his stuff.

Adele ends up necking on with Brickhead while her husband texts her asking if she wants a lift.

Doris and Matt get a Taxi home, Doris mistakes the Scottish taxi drivers funny accent for Polish and launches into a tirade about foreigners stealing jobs. Matt, feels awkward, and gets dropped off ‘just round the corner’ from his house which is a mere 15 miles away.

‘A good mix of different style of pubs , from the cosy to the grand’

Newcastles Quayside used to be an Ale desert, with only 2 pubs doing a decent pint, but all that has changed,