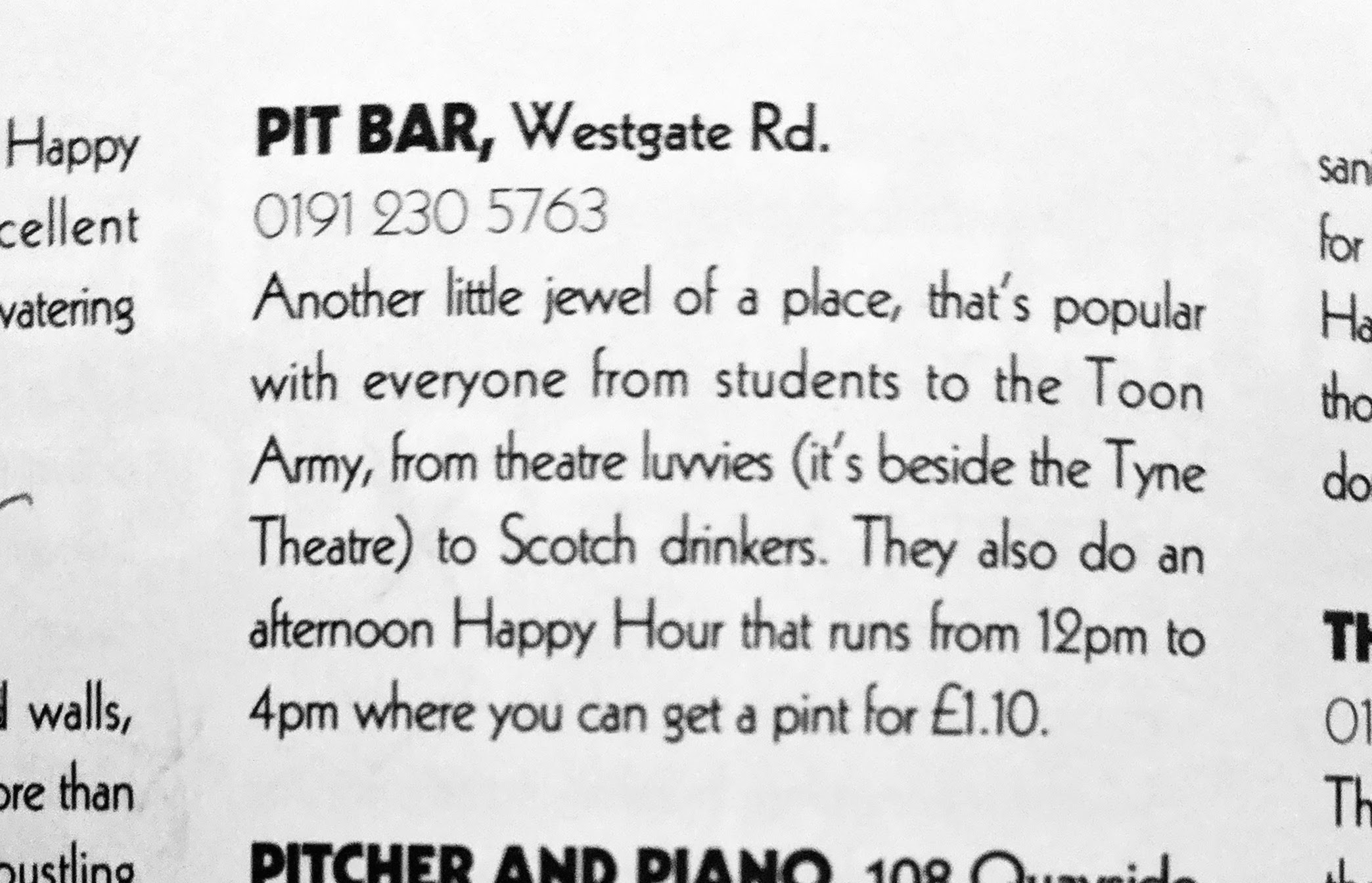 Dylans/The Pit Bar, seems to have been expunged not only from peoples memories but the internet.

I have a phone number but no address other than ‘Westgate Road’ and no photos’ which is a shame because let’s be honest, if Dylan’s was still open it would probably be one of hippiest bars in Newcastle.

For those who don’t know/ remember/ care Dylan’s was a doorway between Tillys and the Tyne Theatre Box office.

If you got past the rather ominous door , you walked down a flight of stairs into a tiny basement bar, partially finished in wood with white painted stonewalls. The small bar was tucked against one wall.

Although Dylans was tiny and a little uncomfortable, the bar had a great selection of ale and an impressive whiskey menu.

It was a great spot either for a few quiet drinks on a Sunday night or a breather before you made your way to a late bar.

In spite of all this, the one thing that sticks in my head about it is- what can best be described as the tunnel – to the toilets.

The bar having been built in the basement of the much older buildings above it, the aforementioned masonry was perhaps a little loose. If you took a wrong turn in the toilet tunnel you were greeted with a partially collapsed bit of corridor… god knows what happened?!

Relive the early 00’s in Belfast

Have you ever wondered what it was like to drink in Newcastle 15 years ago? Well , You’re in luck