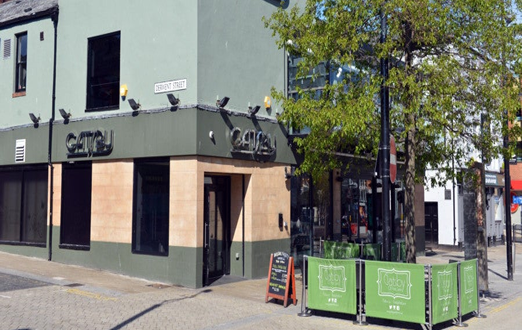 Sunderland’s Parklane area is pretty much everything that’s wrong with the Sunderland night-time economy.  It was decided in the late ‘90s that all Sunderlands nightlife should be focused in one area and it was angling to be like Jesmond… overlooking the fact that everyone who lives in Jesmond hates it.

They got the down market Jesmond thing right though as all the bars are exactly the same and designed for vertical drinking- they are all carbon copies of the Ttonic.

Gatsby’s is no different, it’s been there for a while now on the site of what used to be a pensioners cafe and it looked like a 90s theme pub.

Thankfully this recent refurb makes it look like a late 90s theme pub.