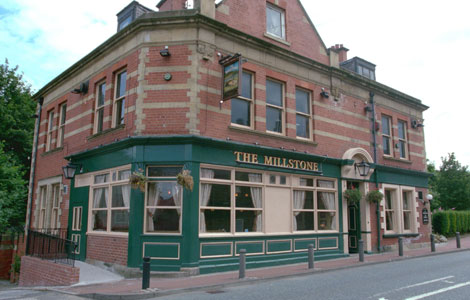 The Millstone, at South Gosforth, often referred to as the -erm- Millstone, is a decent boozer with a sizeable car park which you can use if you want to pop into The Brandling down the road.

The Millstone is- unfairly- the poor cousin of the Brandling and The Victory. It is a decent boozer in its own right, people just seem to prefer the other two.

For some reason, The Millstone has applied to build an extension that will house meeting rooms and conferencing facilities, which just seems like a really weird addition to an already sizeable traditional pub.

Of course, they may have an ulterior motive to reduce the size of the car park and scupper the success of their nearest rivals.