Newcastle – House of Smith to be Renamed ‘Dead Crack Baby’ 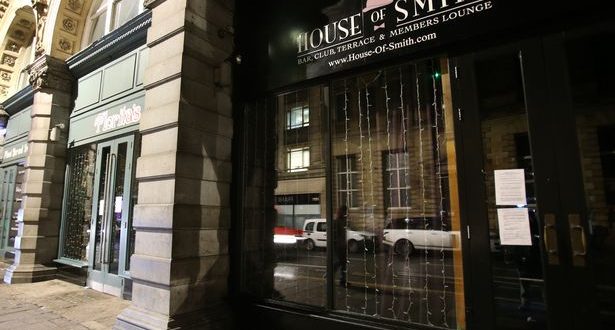 The never-ending saga of the four Diamond Strip bars and their persistent problems with ‘coked up to the eyeballs’ staff continues.

In what seems to be a weekly occurrence, staff have not only been caught selling drugs to police, but now they have also been caught taking them.

I mean I’m no rocket scientist, but if I was working in a pub which had been caught selling drugs to an undercover policeman (I’ve seen The Bill, they are not that difficult to spot), I certainly wouldn’t be popping a couple of E’s on my lunch hour.

This is allegedly what has happened- staff have been caught taking drugs on their breaks. Let’s be honest, who hasn’t taken some class A’s when they have been on a break?

I used to Speedball when I was a lollipop man, never did me any harm. I stopped when I released I was jeopardising the kids, then I found out they were not kids but pigeons, and I wasn’t really helping them cross the road, I was actually in some hedges in the local park, and I wasn’t a lollipop man I was just naked, smeared in excrement and shouting a tree.

Still the best job I’ve ever had.