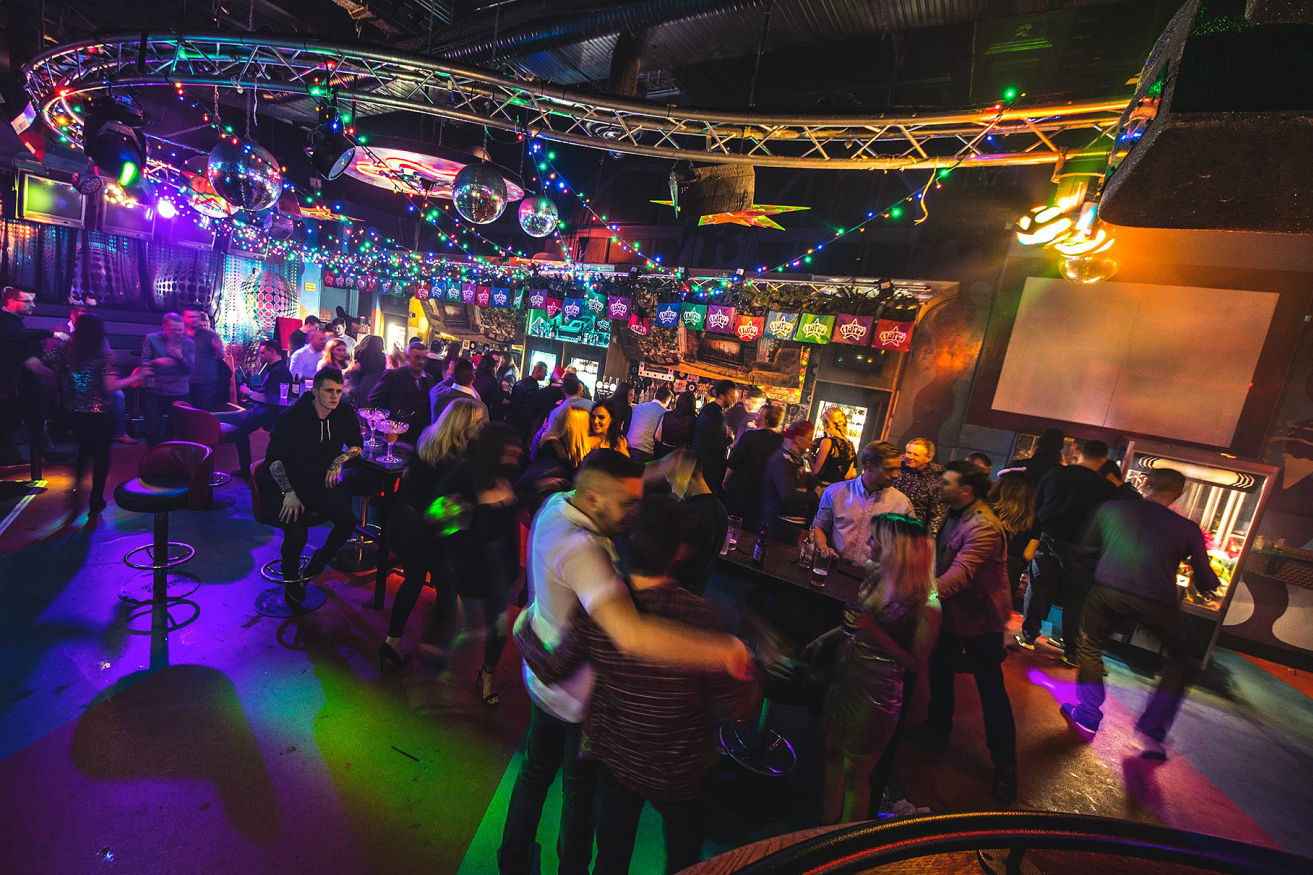 Flares – a stalwart of the ‘LADS’ nights out – where you can drink tepid lager in garish surroundings while trying to touch up a lass who is out celebrating her recent Jeremy Kyle TV appearance.

Punters at the popular bar were first alerted to the fire when the acrid stench of bleach, sick, toilets and regret was masked by the fragrant aroma of melting plastic.

An eyewitness – Big Johnno – said: ‘At first we thought it was Big Radley who was dressed as a Gimp for his stag do had started to melt, but then realised it was a fire when my mate Big Dapper came over and said he was getting into a girl next to the air conditioning unit and it caught fire, it was only through quick thinking of Big Steve, Big J-Dawg  and the other lads that no one was hurt. Thankfully it also stopped Big Bonzo from taking a 15 pint munter home with him’.

The Fire Brigade have been praised both for their prompt arrival and bravery. Chief Fire Office Pete Arrifin said: ‘At around 12:15 we were called to an electrical fire of an air conditioning unit, my officers reacted quickly to evacuate the building and – at great personal risk – entered the toilets.

The officers who checked the toilets are currently seeking medical attention and are undergoing counselling’.

The new look Flares with feature Scorch mark and no air conditioning is expected to reopen in time for the weekend.