Documentary : ‘A Passion for Vaux – Sunderland’s Lost Brewery’ due for release. 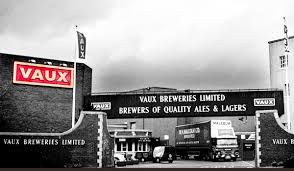 A documentary about the brilliant and sorely missed Vaux brewery is only a few weeks away from launch.

Drinkers of a certain age will fondly remember Vaux, if you’re from Sunderland it was very much part of the identity of the City, not only was it the biggest pub owner in the city the brewery was front and centre as you drove through the city (and who can forget the smell of weetabix as they brewed)

Then in 1999 it closed and with it hundreds of years of  history gone. In the preceding years Maxim Brewery have revived some of ales , and now the Vaux name has been rekindled by the New Vaux Brewery.

But if like me you want to sit and get dewey eyed about the great beer and venues and how something as iconic as Vaux could disappear overnight then this documentary is for you.

This is from the documentaries production company :

‘A Passion for Vaux – Sunderland’s Lost Brewery’ available from the first week of July at our special screenings, in local stores and online soon after. Screening details to be announced imminently. ‘

Screening times and avaliabilty will be announced shortly. Rest assured that we will watch it while drinking my 20 year old Bottle of ‘Roker Roar’